The Late Anglo-Saxon era in English history is a time of warring Earls. Minor kings all, they claim whatever lands they can. They establish fiefs, cultivate powerful vassals, and fight and engage in endless political struggles. All the while, the Vikings roam not just the sea, but the land. It is truly a Dark Age. Or is it? This is Ortus Regni, “the birth of the kingdom.” Lasting for 600 years, until the Norman Conquest of 1066, the Anglo-Saxon era decides the future of a great kingdom that will be called England. The ancient world is dead. The world is reborn. Anyone can become a king through politics and diplomacy – or by the blade. And it is always, in the end, by the blade. Will it be you? Ortus Regni is a unique closed-deck, deck-design strategy card game. Players take the role of great Earls vying to control what will become England. Ortus Regni was inspired not only by Anglo-Saxon history, but also by the art of illuminated medieval manuscripts. Ortus Regni has been designed for the card gamer seeking a novel and elegant strategy game that will remain fresh and challenging over many plays. We have dubbed this model a “repertory card game,” because with each new game, using the same selection of iconic cards, players can try out a variety of different but related strategies. Each game will unfold in a different way and is highly dependent on the careful choices that a player makes before and during the game. Ortus Regni is perhaps a little more challenging to learn than games of a similar nature. Once you understand its basic mechanics and learn its set of 15 Earl cards it is actually quite fast-paced. We believe you will be rewarded for the effort. We are very excited to bring this game to you, we hope you are pleased with the results of our journey. Jon Sudbury & Team Ortus
Tweet 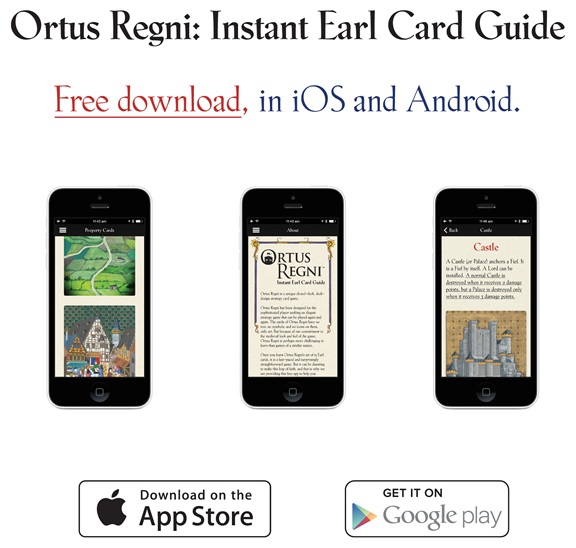 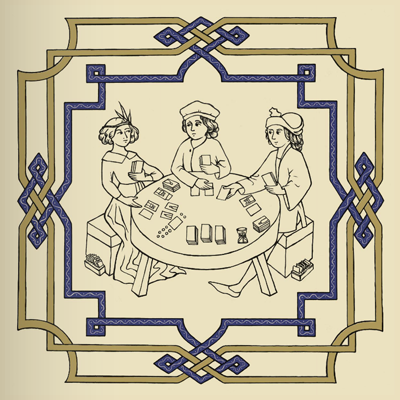